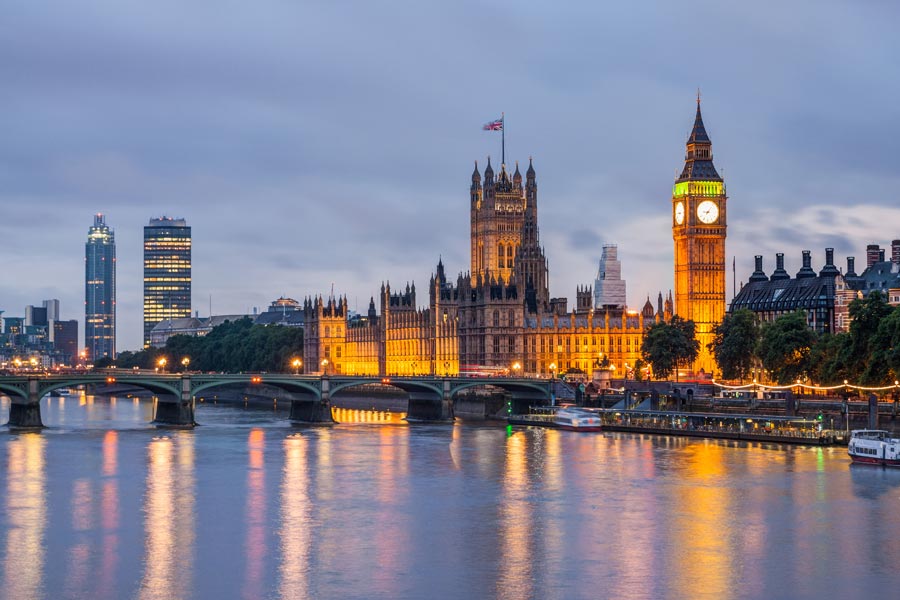 The Home Office has published its Migration Statistics Quarterly Report for Q1 2019, which highlighted that out of the total 567,889 first-time visas (including visitor visas) issued by UK Visas and Immigration in the first quarter of the year, the total number of Chinese applicants was a staggering 108,205. Of these, nearly 20% of the total number of all Chinese applicants were granted visas for the first time. The results presented in the report demonstrate that the UK remains a prime destination for Chinese migrants and tourists alike.

Despite the ups and downs of Brexit negotiations in the first quarter of 2019, the impact on non-EU residents who wanted to immigrate to the UK does not appear to have been significant. The fact that HNWIs continue to choose to immigrate to the UK through investment further demonstrates that the effects of Brexit have not (so far, at least) had a material impact on the UK’s attractiveness to overseas investors. In the first quarter of 2019 alone, 131 principal applicants obtained

Tier 1 Investor visas, an increase of 42% from the 92 granted in the previous quarter, and a quarterly record following raising of the quota for UK investment immigrants in 2014. 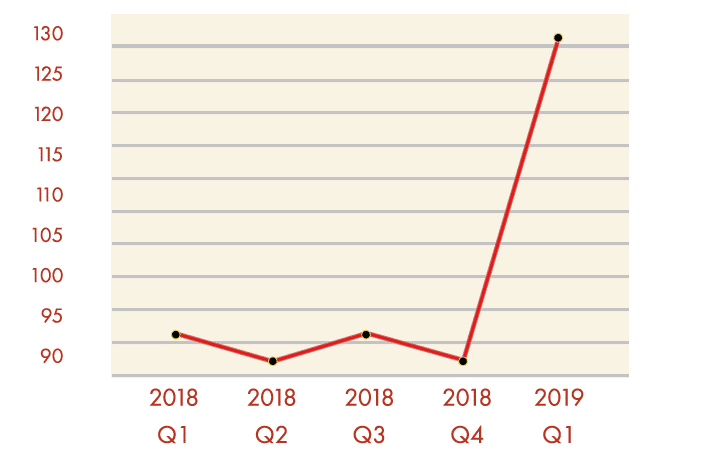 Notably, of the 131 principal applicants who were granted the Tier 1 Investor visas for the first time, 66 were from China, accounting for 50% of the total number applicants for the quarter. The number of applicants soared by some 70% in the fourth quarter of 2018, more than three times the 29 applicants recorded in the first quarter of 2018. This sudden increase may be attributed mostly to the new rules under the UK’s immigration policy update in March 2019. Some of the highlights of the new policy are: 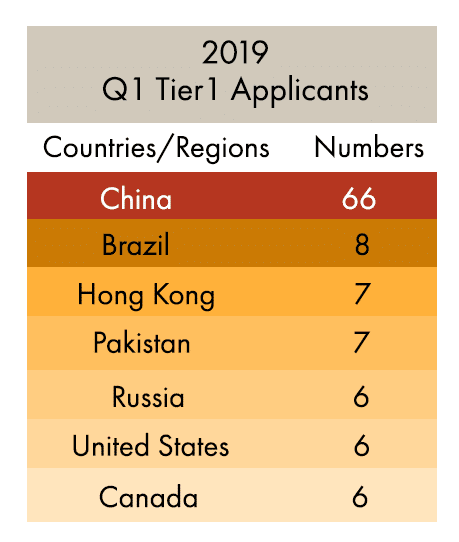 A new requirement for the deposit period of Tier 1 investment funds to be increased from 90 days to 2 years, unless the applicant provides complete documentation for the source of their assets.

The purchase of treasury bonds is no longer a ‘permitted investment’ under the Tier 1 program, whereas for those wishing to invest in companies, an investment plan is required.

The new rules substantially complicate the application process for those interested in immigrating to the UK under the Tier 1 Investor Visa program. As a result, many applicants rushed to submit their first visa applications before the new policy came into force on March 29.

According to the 2018 Chinese Investment Immigration White Paper released by Hurun Research Institute, the United States remains the destination of choice among China's HNWIs for investment immigration. However, the UK ranked second place in Immigration Index Ranks, making it the best country for the Chinese to invest and immigrate except the United States according to the research paper.